We were delighted to officially open our new school building on Friday (5 November) during a special unveiling ceremony.

Eddie Hughes, MP for Walsall North, was a guest at the celebratory event and officially opened the building in an unveiling ceremony alongside Dawn Haywood, Deputy CEO and Education Director at Windsor Academy Trust, and our Headteacher Lucy Wright. In addition to the ceremony, the event also included a tour of the school led by our Head Girl and Head Boy and wonderful music and poetry performances from our children.

The new school building provides a state of the art, digitally rich environment that will enable students to gain the skills and experiences needed for their future and achieve their potential. The new build was made possible through the Department for Education Priority Schools Building Programme and investment from Windsor Academy Trust.

"Rivers Primary Academy forms an important part of the local community and It has been brilliant to see how the new school has been received by children, parents and the community, and the impact it is already having on teaching, learning and enrichment."

“It was fantastic to be able to open the new school building and see first-hand how the facilities have created a learning environment that has had such a positive impact on the pupils, staff, and the wider community.” 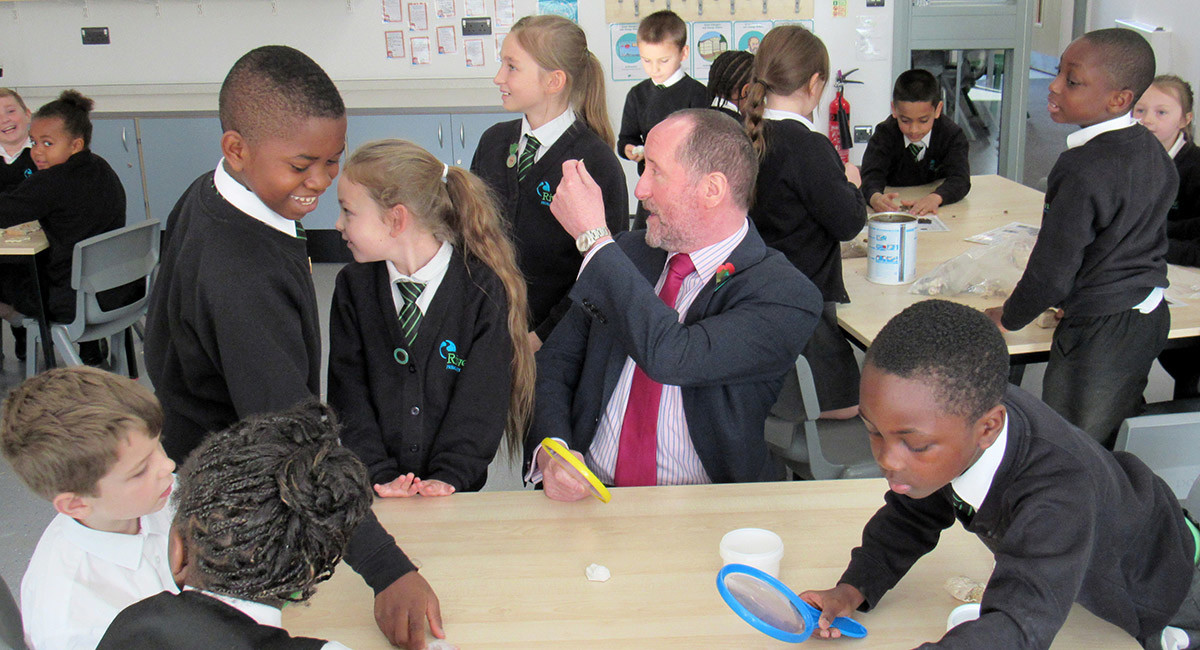 The new school building provides a modern, bright environment and significantly enhanced facilities, including the latest digital technology, a large outdoor space for sport and a music studio. The response to the new building has been outstanding and Lucy Wright, Headteacher at Rivers Primary Academy, said:

"The facilities are incredible and the response from children, parents, and staff has been fantastic. Everyone loves the new environment and has settled in brilliantly.

“Windsor Academy Trust’s vision and support has been critical to the project’s success and I look forward to seeing our children continuing to progress and thrive in our new school building."

“At first I was nervous as it was the first time I've done anything like this. However, I soon recognised some familiar faces. I was really proud to show everyone around our amazing new school."

“I was really nervous as I have never performed in front of an audience before. I really enjoyed having such an important job to do and I am really proud to be Head Boy at Rivers."

Children and parents looking to join our school next September will be able to view the new school building on Tuesday 16 November when we host our first open day.

Our children did a fantastic job of representing the school with pride and you can view photos from the special event below.